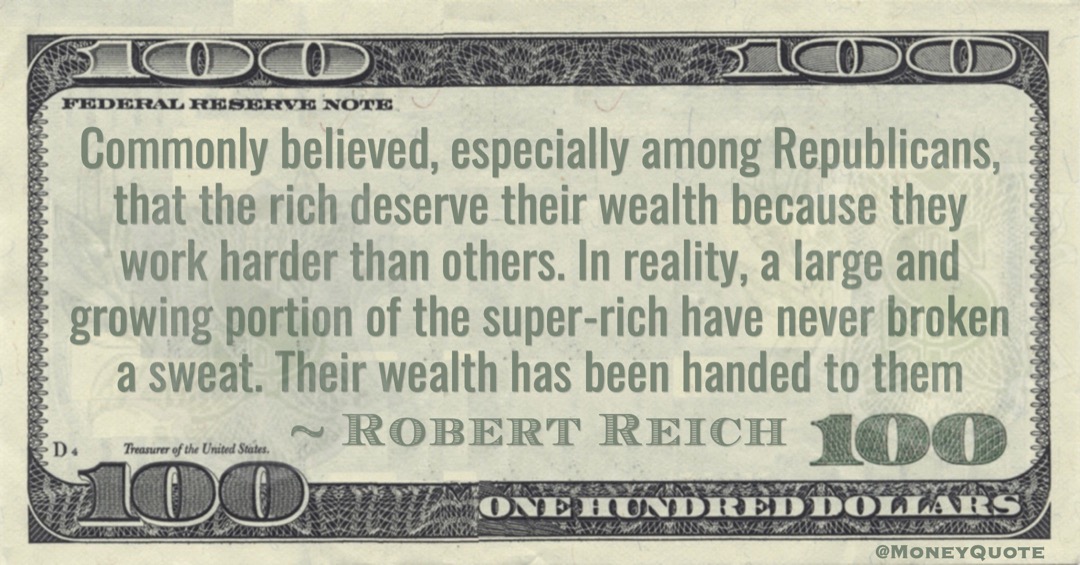 “Commonly believed, especially among Republicans, that the rich deserve their wealth because they work harder than others. In reality, a large and growing portion of the super-rich have never broken a sweat. Their wealth has been handed to them” — Robert Reich