Robert Redford Money Quote saying hollywood in the sixties was different and it is making money the primary goal. Robert Redford said: 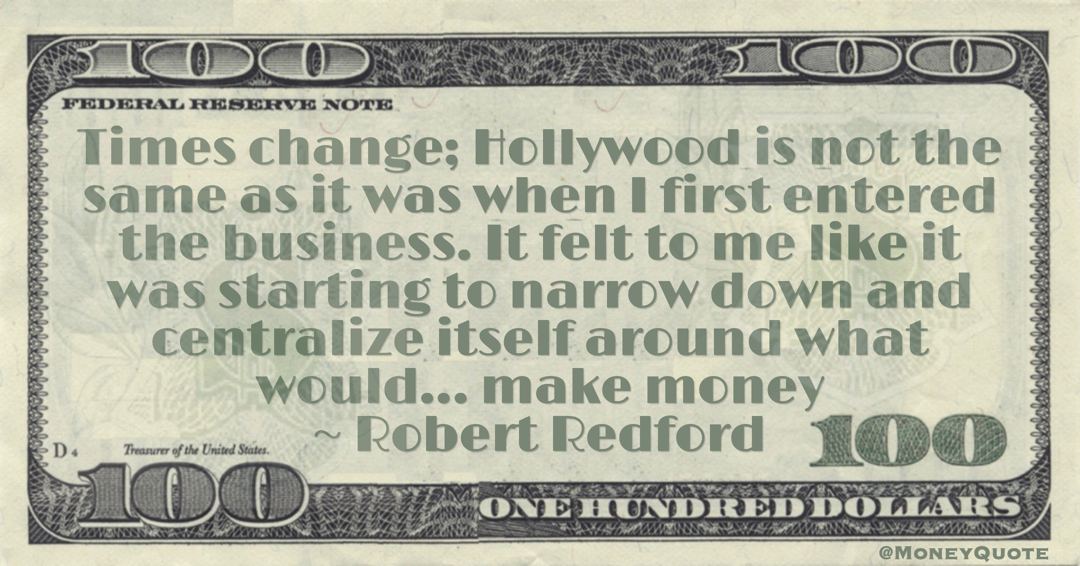 “Times change; Hollywood is not the same as it was when I first entered the business. It felt to me like it was starting to narrow down and centralize itself around what would… make money” — Robert Redford

Share the Robert Redford Money quote image above on your site: