Robert Jackson on Loyalties and Ambitions 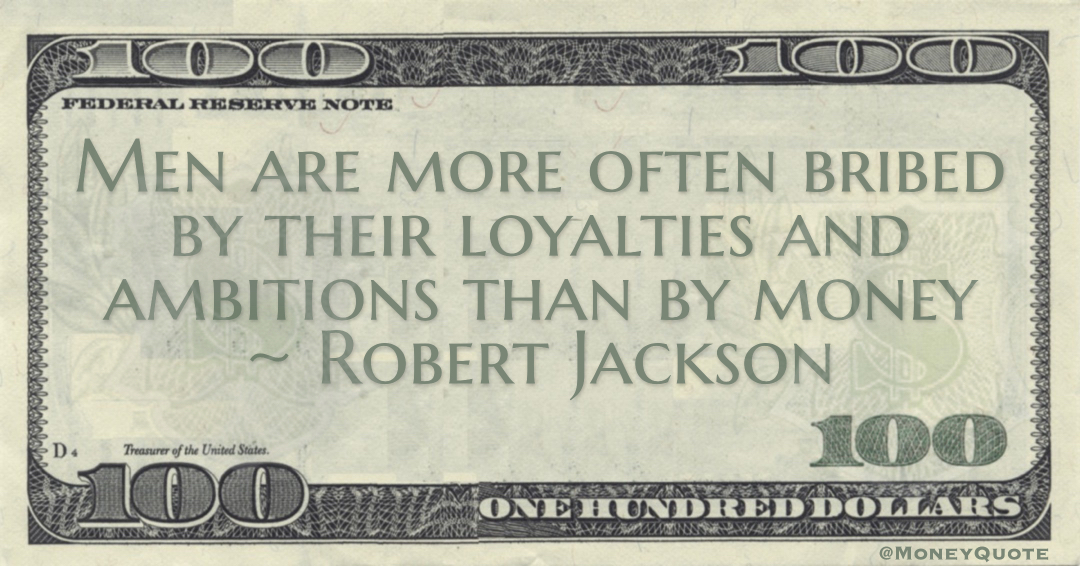 Share the Robert Jackson Money quote image above on your site: