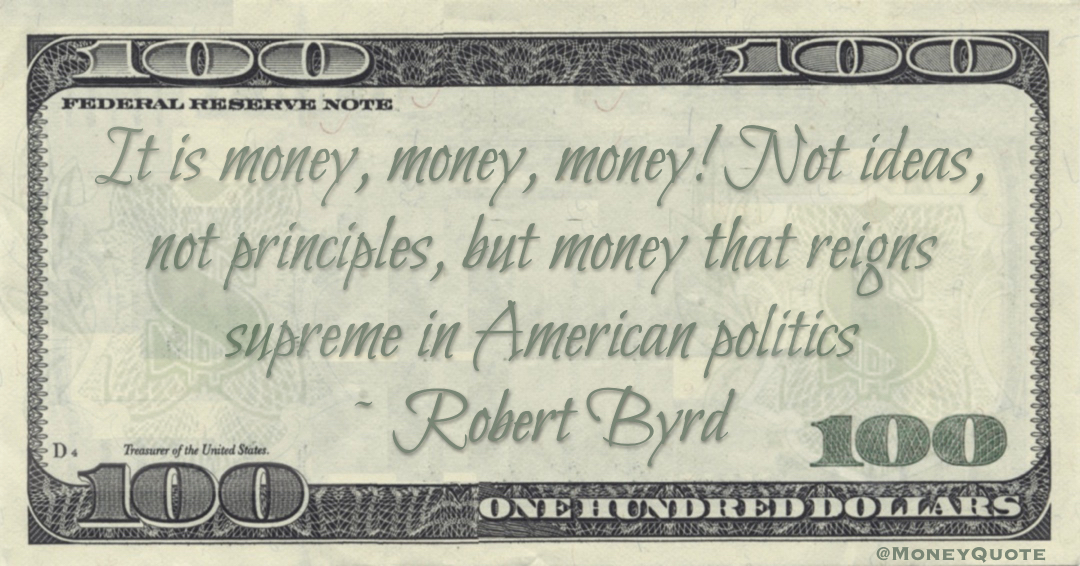 “It is money, money, money! Not ideas, not principles, but money that reigns supreme in American politics” — Robert C. Byrd

Share the Robert C. Byrd Money quote image above on your site: