Winston Churchill Money Quote saying causing the wealthy to suddenly become slightly less comfortable by taxing them will not solve the problem of poverty. He said: 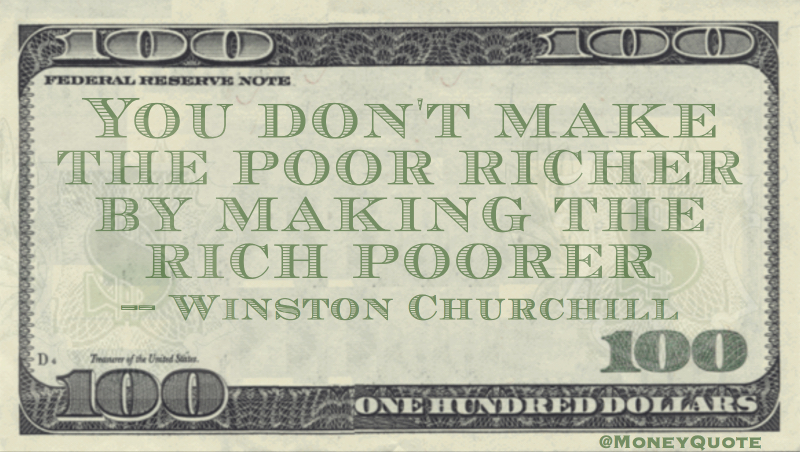 #NationalWinstonChurchillDay April 9 in 1963, Winston Churchill, Prime Minister of the United Kingdom during World War II, become an Honorary Citizen of the United States.