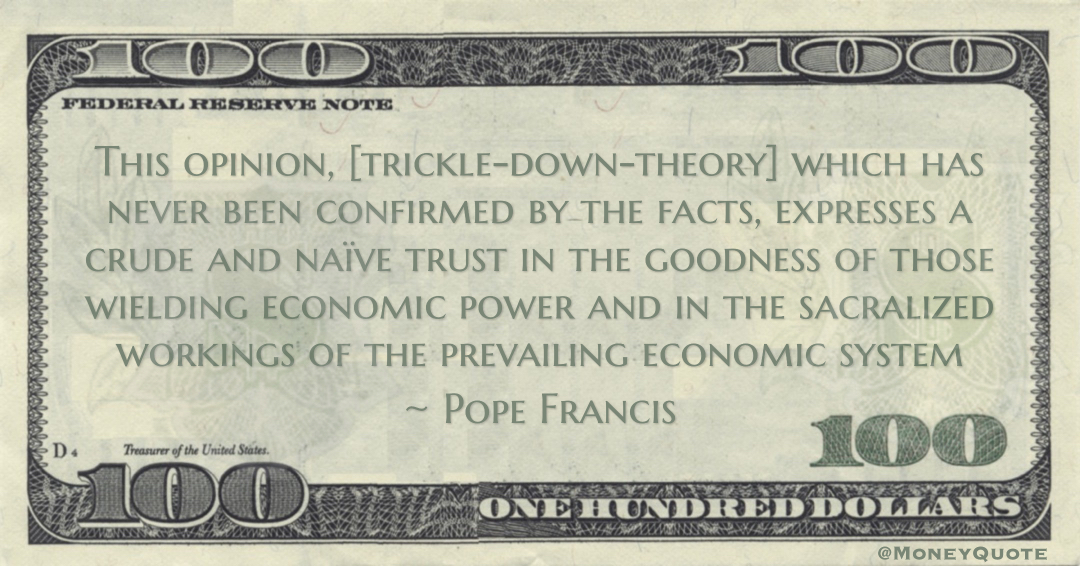 “This opinion, [trickle-down-theory] which has never been confirmed by the facts, expresses a crude and naïve trust in the goodness of those wielding economic power and in the sacralized workings of the prevailing economic system” — Pope Francis