Peter Drucker on Other People’s Money

Peter Drucker Money Quotation saying the definition of business is simply using money from other people toward a commercial end. Peter Drucker said: 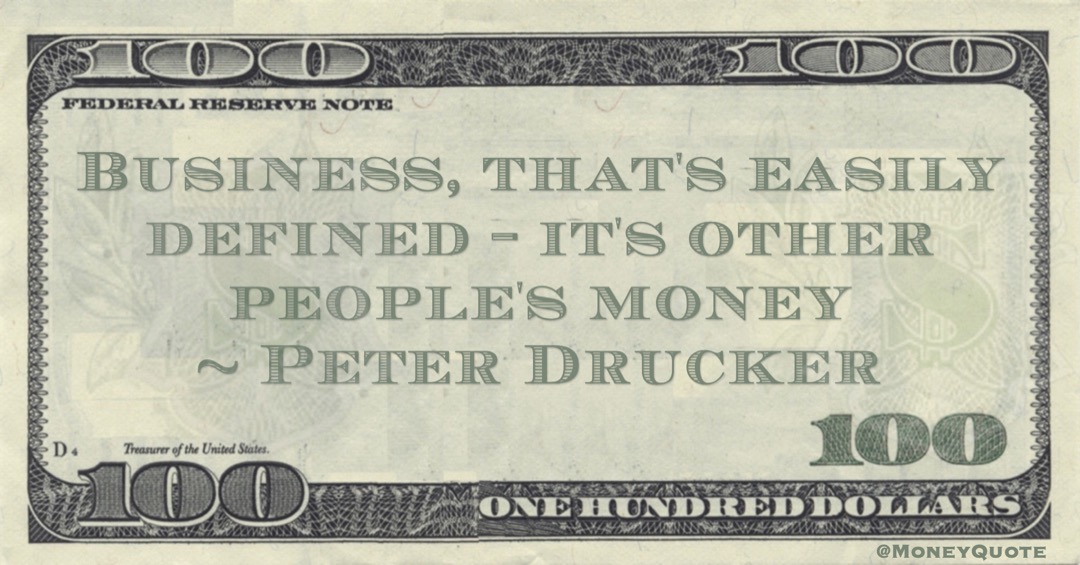 Share the Peter Drucker Money quote image above on your site: