Oscar Wilde Money Quotation saying those who think most about money are not those who have it in abundance, it is those who need just minimal amounts of it. Oscar Wilde said: 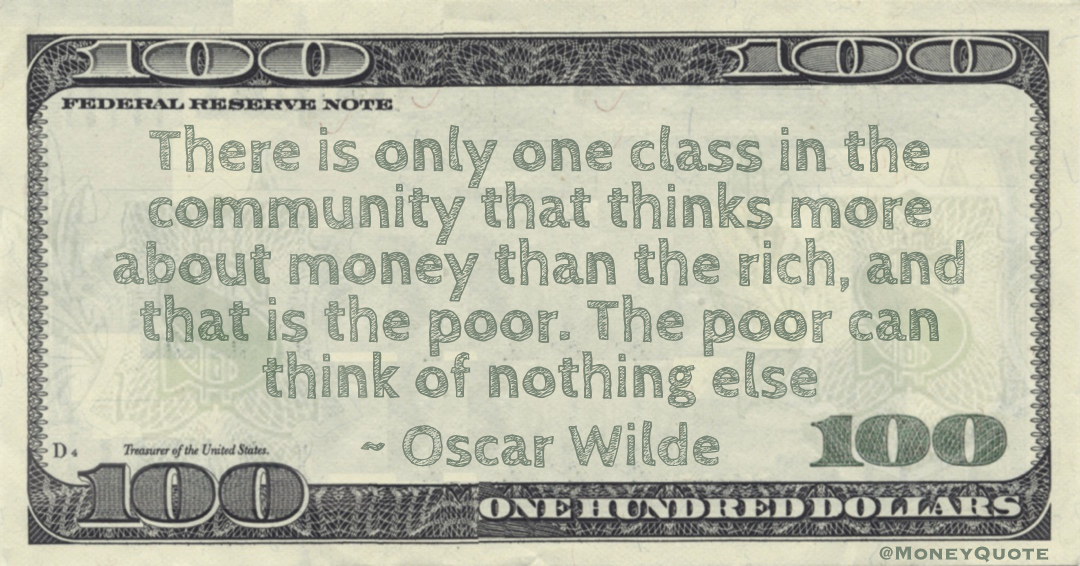 There is only one class in the community that thinks more about money than the rich, and that is the poor. The poor can think of nothing else” — Oscar Wilde