Nikola Tesla Money Quote saying most civilized societies spend as much as they can on war and as little as possible on education and believed we’d reverse that by now. Nikola Tesla said: 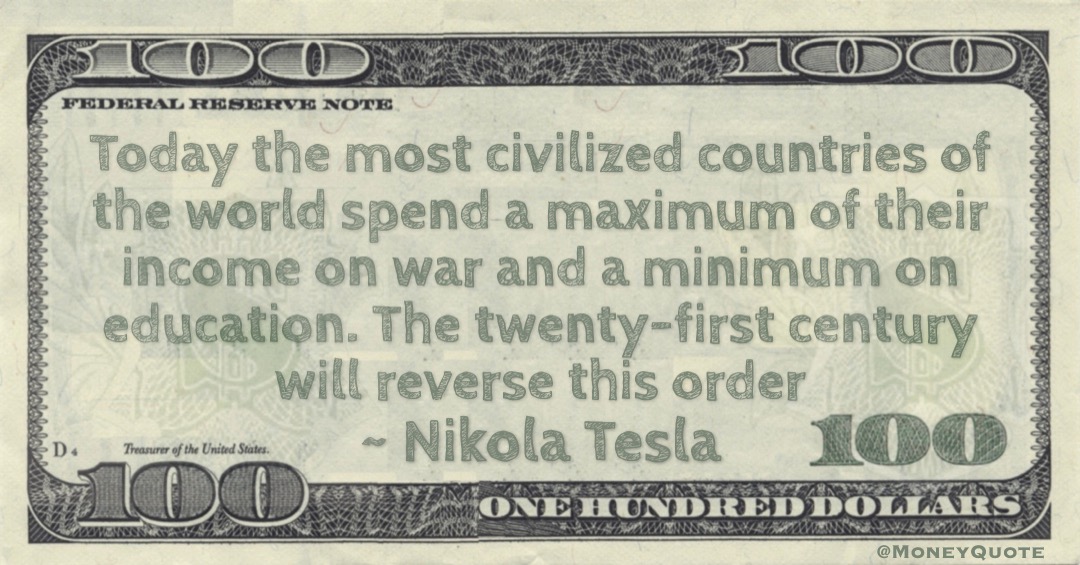 “Today the most civilized countries of the world spend a maximum of their income on war and a minimum on education. The twenty-first century will reverse this order” — Nikola Tesla

Share the Nikola Tesla Money quote image above on your site: