Now that the Court has declared money to be speech, I say we replace the current Court with some Ben Franklins, Thomas Jeffersons, George Washingtons, a couple of Susan B. Anthony’s, Roosevelts, Hamiltons, a Sacajawea or two, and an Abe Lincoln to cover Scalia in full
— Elayne Boosler

Money is not free speech. Elections should not be auctions. In a democracy, we should have the right to elect people based on their ideas
— Bernie Sanders

Money is not speech, and therefore regulating political contributions and spending is not equivalent to limiting political speech
— Move to Amend 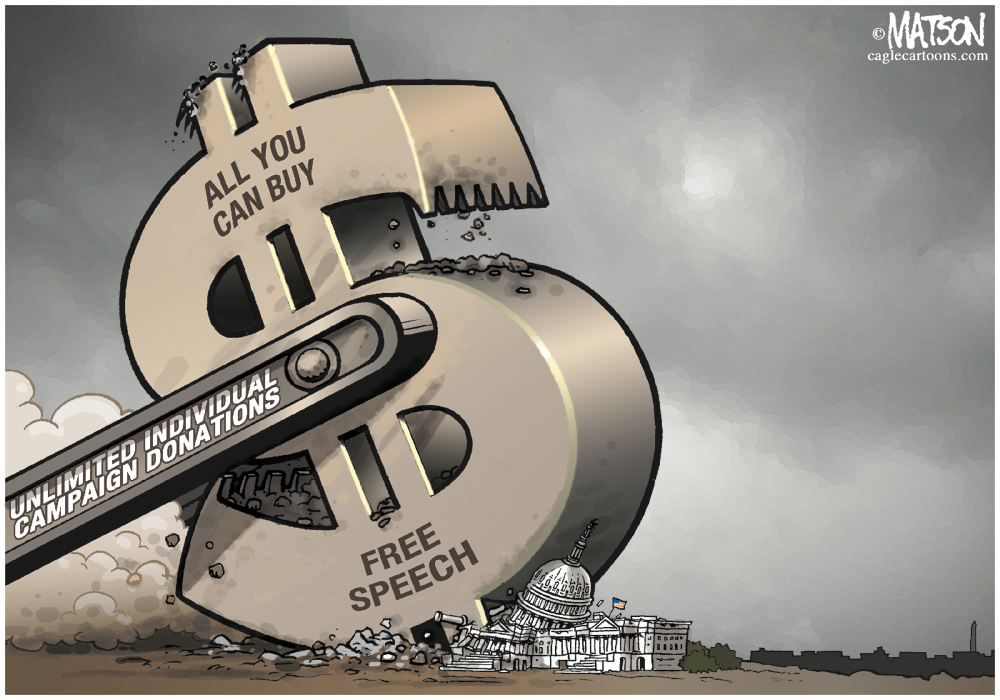 Call Me Crazy, but I don’t think when the founders envisioned free speech, they meant ‘let corporations spend millions of dollars to buy elections in America’ This is not how our elections should run
— Al Franken

We have come to cash this check — a check that will give us upon demand the riches of freedom and the security of justice
— Martin Luther King, Jr.

America has defaulted on this promissory note insofar as her citizens of color are concerned. Instead of honoring this sacred obligation, America has given the Negro people a bad check which has come back marked ‘insufficient funds’
— Martin Luther King, Jr.

We have come to our nation’s capital to cash a check. When the architects of our republic wrote the magnificent words of the Constitution and the declaration of Independence, they were signing a promissory note to which every American was to fall heir
— Martin Luther King, Jr.