Before coins and paper bills, bartering was the most common method of purchasing goods. Bartering exchanges one good or service for something representing approximately equal value. 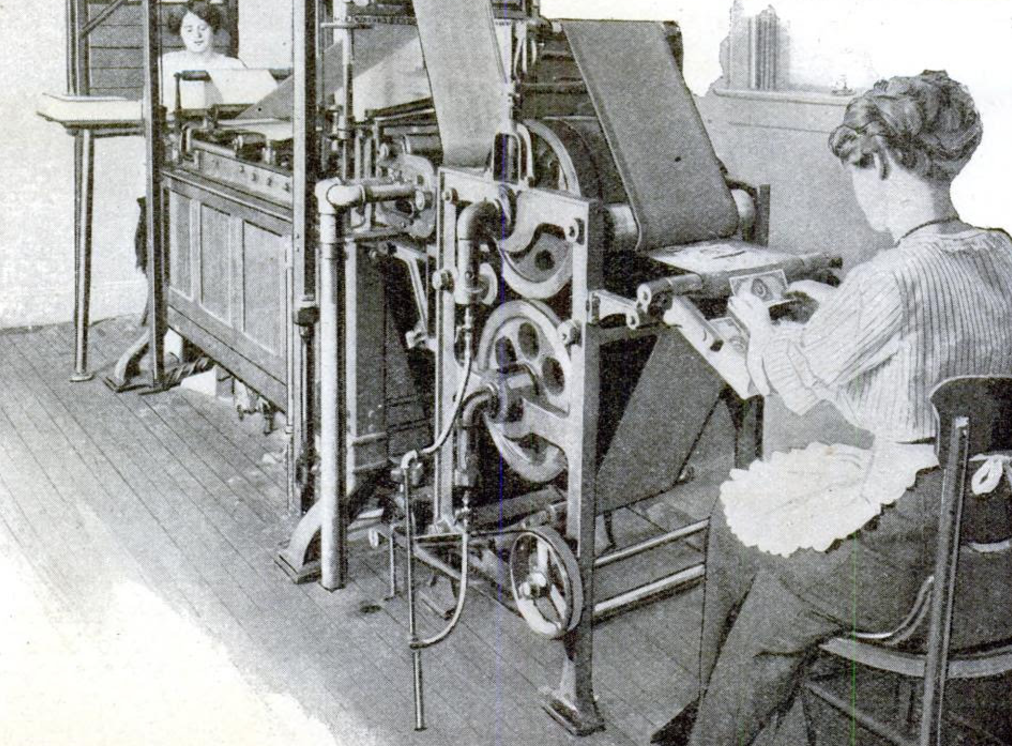 When was the first bank established in the US?

The First Bank of the United States was needed because the government had a debt from the Revolutionary War, and each state had a different form of currency. It was built while Philadelphia was still the nation’s capital. Alexander Hamilton conceived of the bank to handle the colossal war debt — and to create a standard form of currency.


Up to the time of the bank’s charter, coins and bills issued by state banks served as the currency of the young country. The First Bank’s charter was drafted in 1791 by the Congress and signed by George Washington. In 1811, Congress voted to abandon the bank and its charter. The bank was originally housed in Carpenters’ Hall from 1791 to 1795. The neo-classical design of the bank was intended to recall the democracy and splendor of ancient Greece. When you’re there, note the eagle which crowns the two-story portico. At the time of the bank’s creation the eagle had been our national symbol for only 14 years. The bank building was restored for the Bicentennial in 1976.

How does a bill-changing machine determine that your bill isn’t counterfeit?

Do you, like me, take it personally when one of your bills is rejected? Only my therapist knows just how badly this electro-magnetic authority figure makes me feel. In passing judgment, the machine checks for several characteristics. For instance, by passing a light through it, the changer examines your bill’s gross density (my Junior High School gym teacher would have scored high). It also uses light rays to check the alignment of thin lines embedded in your bill. A magnet generates a signal from the ink in your bill and it had better match the one characteristic of the ink used in printing real bills. The machine also measures the exact length of your bill. It’s a good thing the bill changer doesn’t also measure the sweat on my palms while I await it’s verdict. After 30 seconds I’ll sign any confession it prints out.
Source: HOW DO THEY DO THAT? By Caroline Sutton

What Does the Term “Down at the Heels Mean?
The Answer: To be down at the heels is to be in bad financial shape. The worn-away condition of the bottom of one’s shoes reflects a diminished bottom line. So being well heeled would present the reverse situation. Right? Wrong.

The heel in “well-heeled” originally belonged to a gamecock, a bird trained to fight other birds to the death while men wagered on the outcome. A bird’s owner would attach a sharp spur to its leg to make it deadlier in the cockfighting pit. The fowl was then said to be “well-heeled.”

In the western United States in the 19th century, in the same spirit, this expression was applied to men who were well armed. Ultimately being well heeled carried over to the financial realm, where it meant that one was financially armed to better deal with life. Think about all this if being well heeled makes you feel cocky.

How Long Has Money Been Around?

As early as about 7,000 AD, 6,950 years before plastic credit cards, cattle were used as money in the first agricultural civilizations.


The first coins, pieces of bronze shaped like cattle, appeared 5000 years later. But their value was determined by their weight, making their use cumbersome. Coins as we know them, with their value imprinted on them, were first produced in Lydia in 800 BC. Somewhere in this period the Chinese briefly used paper currency, but the first consistent use of paper money was by the French in the 18th century–


Rich King Croesus of Lydians in Asia Minor issued the first money of gold – an oblong piece – in the 6th century. Soon the Greeks began minting money in the shape of discs, striking them with detailed high relief. Romans introduced the familiar serrated edges of today’s coins as a way to discourage the practice of shaving off thin slices. (Source: PANATI’S BROWSER’S BOOK OF BEGINNINGS)

The sign is first attested in British, American, Canadian, Mexican and other Spanish American business correspondence in the 1770s, referring to the Spanish American peso, also known as “Spanish dollar” or “piece of eight” in British North America, which provided the model for the currency that the United States later adopted in 1785 and the larger coins of the new Spanish American republics such as the Mexican peso, Peruvian eight-real and Bolivian eight-sol coins.

The best documented explanation reveals that the sign evolved out of the Spanish and Spanish American scribal abbreviation “ps” for pesos. A study of late eighteenth- and early nineteenth-century manuscripts shows that the s gradually came to be written over the p developing a close equivalent to the “$” mark 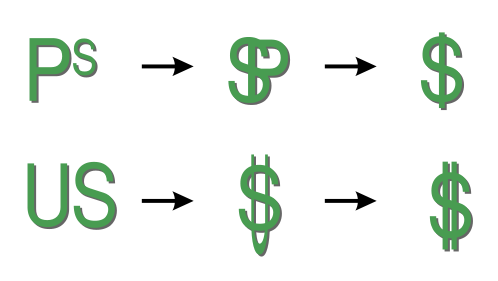 Additional Sources: Today I Found Out,  alt-usage-english.org and Oxford Dictionary.

The Answer: Hunters, of course, never pass the buck, preferring instead to take careful aim. However the rest of us are all occasionally guilty of not taking responsibility when we should. But what is this “buck” that we pass when we offer our pathetic excuses? Surely it can’t refer to the American slang for a dollar bill.


No, we don’t come that cheap. In fact, that hunter I mentioned is connected to the origins of the phrase. “Buck” was originally buckshot, which was used as a token in card games, being passed to the person whose turn it was to deal. One responsibility the dealer had was to place the first bet, which not everyone wanted to do. If they weren’t up to it, they could pass the buck. There you have it: your deal.


(Source: WHY YOU SAY IT by Webb Garrison)