Editorial illustrations for magazines, news and financial press has always been fascinating to me. Money themed illustration can be very pedestrian and obvious or can be complex and nuanced. It’s inevitable that it starts with the $ symbol or the various green colors of cash. It may incorporate the well-recognized dead-presidents who grace our currency & coins, with Washington and Franklin the most commonly depicted.

Finance articles will often lead with a familiar line graph or stock ticker symbols, but will, on long-lead stories, sometimes get fanciful and creative with the artwork. There is no doubt that money gets attention fast, so the immediately recognizable, ornately detailed scrollwork on dollar bills is often incorporated in money and finance renderings.

By far the most common money illustration is large quantities of falling, flying, sometimes even dancing paper money-in-motion. Often there are stacks of bills or rolled and rubber-banded or sloppy wads or just plain old folded cash. Works with a subject simply plopped down on wall-papered bills are usually less interesting than those that tell a story incorporating the familiar currency symbols into a plot-twisting visual metaphor.

I’ve collected these money editorial illustrations and photographs for years and recently began collecting them into a money pinterest board shown below. If you click through to Pinterest, you’ll be able to visit the articles those illustrations were used for (in most cases). 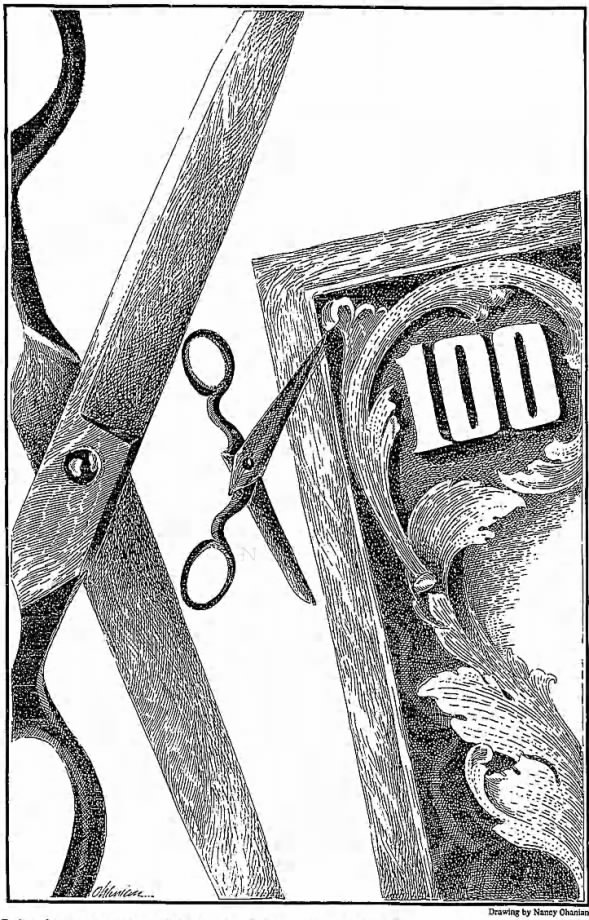