Michael Cohen Money Quote saying during congressional testimony on February 27 that President Trump lied about involvement in the Russian real estate plans so he could proceed once he lost the election. PR was the only goal. Michael Cohen said: 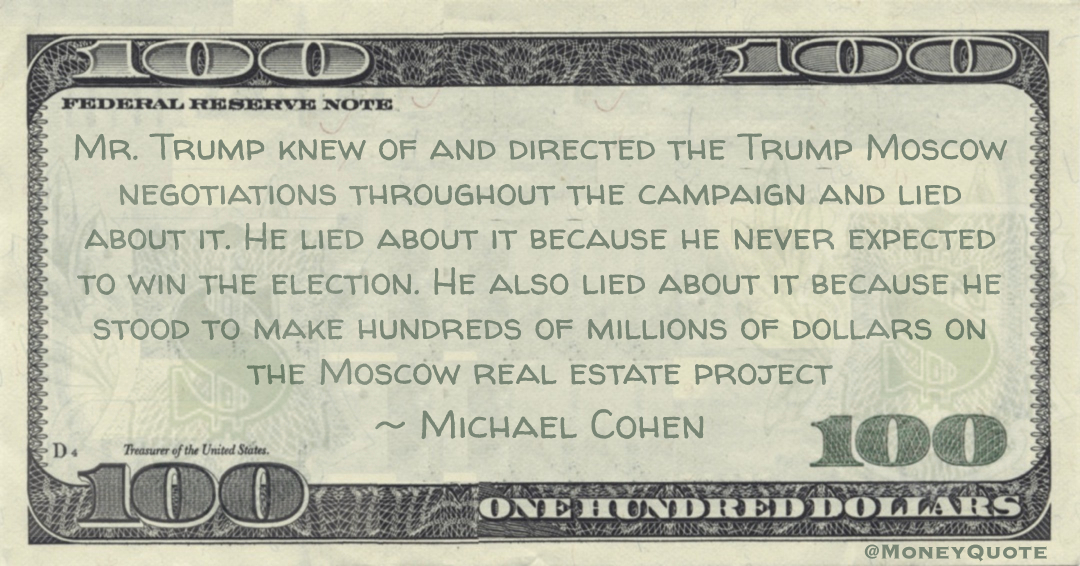