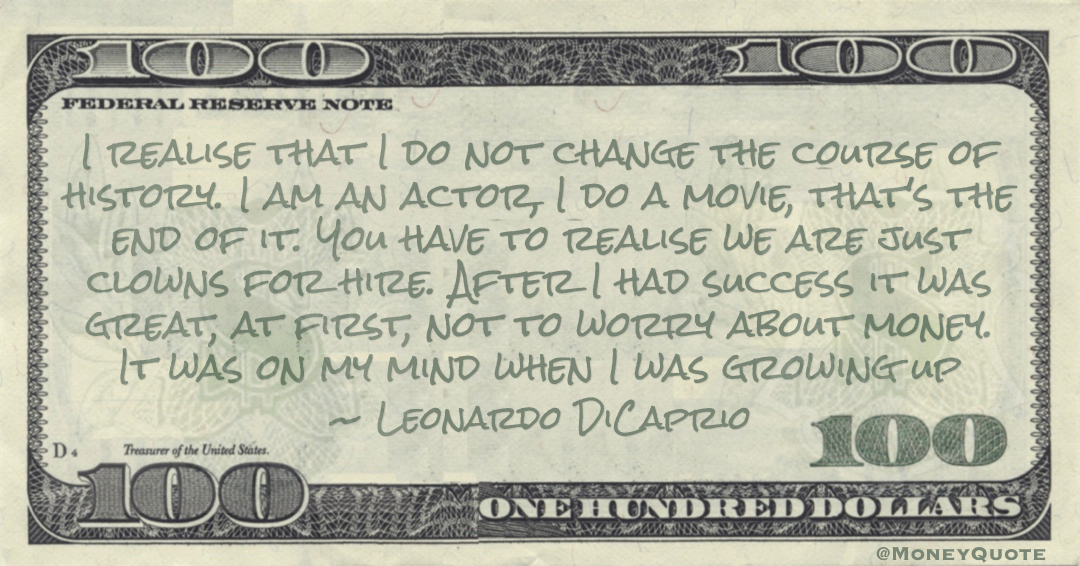 “I realise that I do not change the course of history. I am an actor, I do a movie, that’s the end of it. You have to realise we are just clowns for hire. After I had success it was great, at first, not to worry about money. It was on my mind when I was growing up” — Leonardo DiCaprio

Share the Leonardo DiCaprio Money quote image above on your site: