Lawrence Weschler Money Quote talking about the controversial money art of J.S.G. Boggs (who died this week at 62 in Florida) and was repeatedly arrested for counterfeiting while attempting to “spend” his artistic representations of money. Lawrence Weschler said: 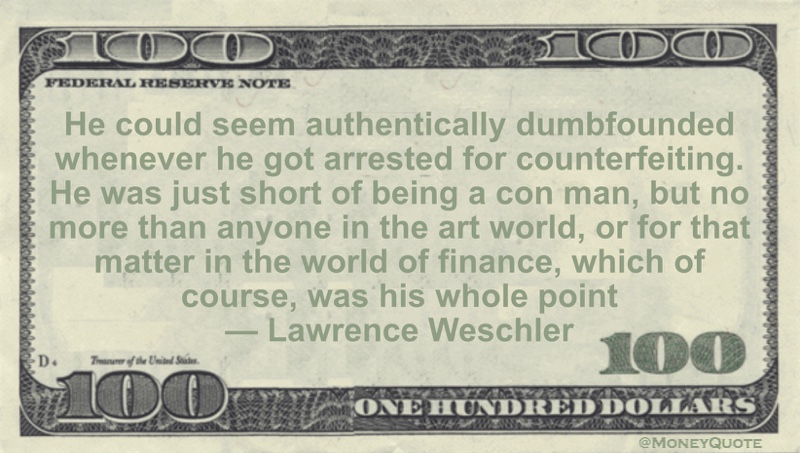 “He could seem authentically dumbfounded whenever he got arrested for counterfeiting. He was just short of being a con man, but no more than anyone in the art world, or for that matter in the world of finance, which of course, was his whole point” — Lawrence Weschler

Share the Lawrence Weschler Money quote image above on your site: