John Updike: Whatever It Cost 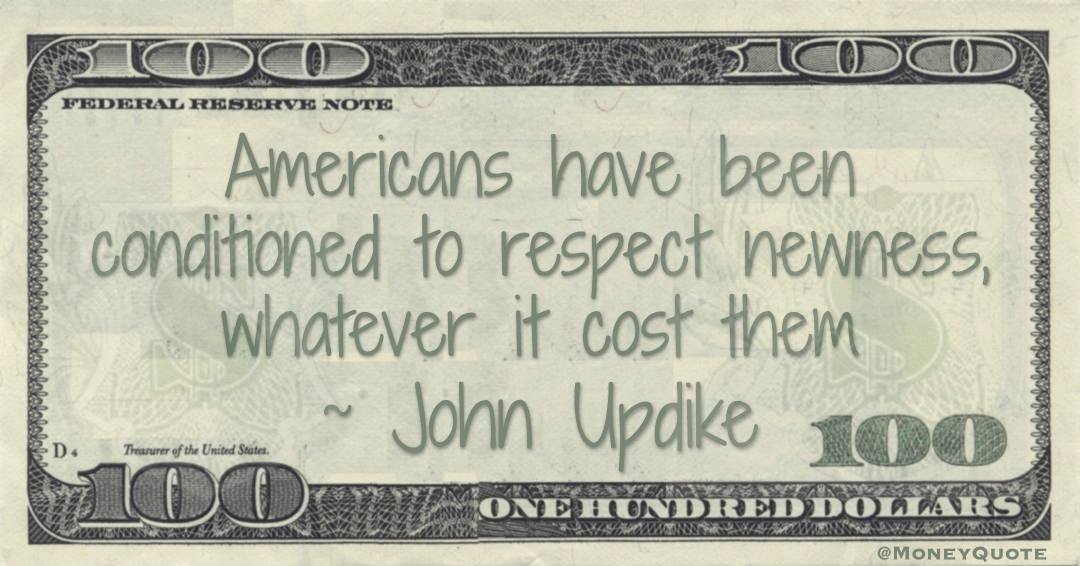 “Americans have been conditioned to respect newness, whatever it cost them” — John Updike