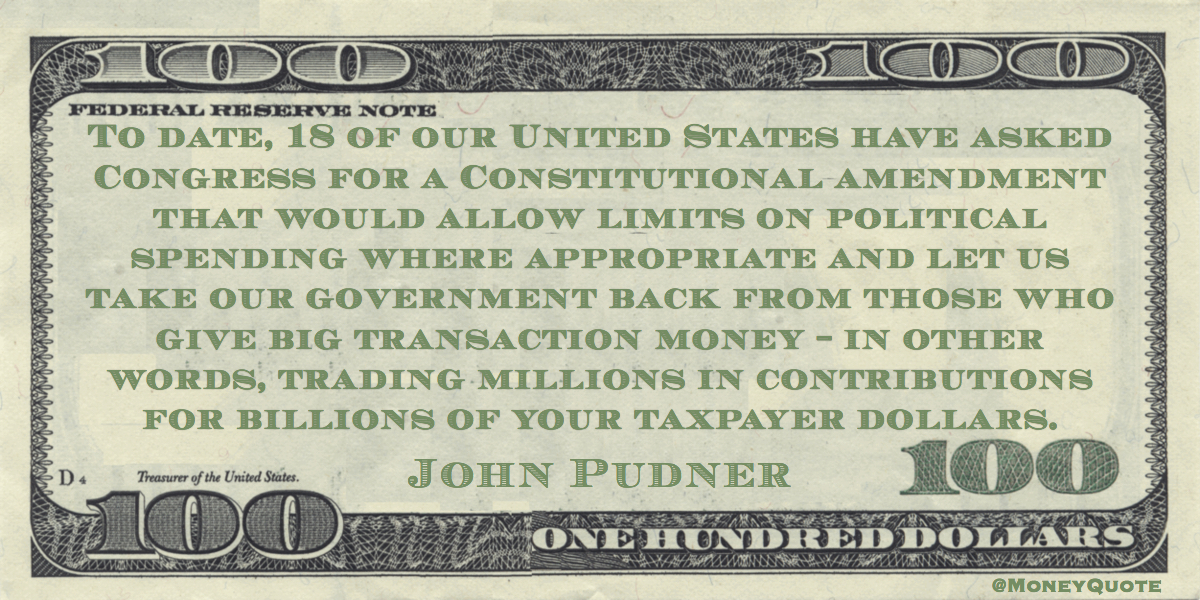 “To date, 18 of our United States have asked Congress for a Constitutional amendment that would allow limits on political spending where appropriate and let us take our government back from those who give big transaction money – in other words, trading millions in contributions for billions of your taxpayer dollars” — John Pudner

Share the John Pudner Money quote image above on your site: