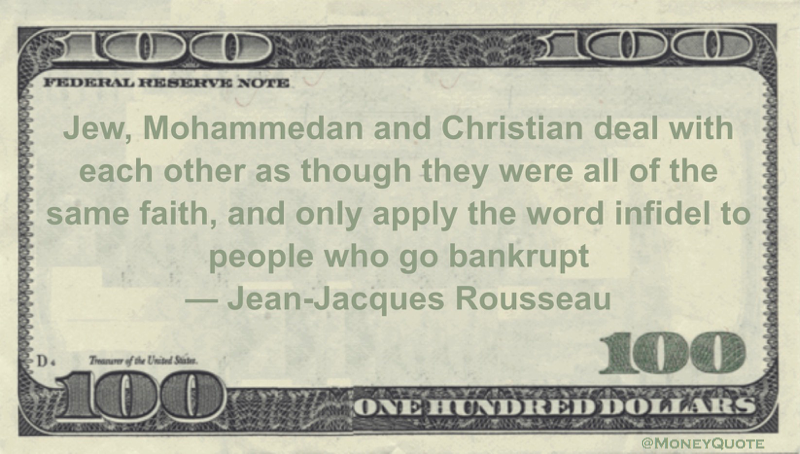 “Jew, Mohammedan and Christian deal with each other as though they were all of the same faith, and only apply the word infidel to people who go bankrupt” — Jean-Jacques Rousseau