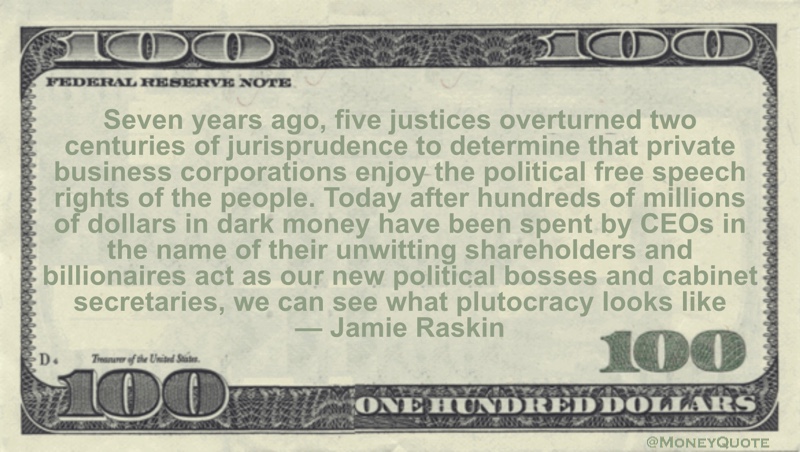 “Seven years ago, five justices overturned two centuries of jurisprudence to determine that private business corporations enjoy the political free speech rights of the people. Today after hundreds of millions of dollars in dark money have been spent by CEOs in the name of their unwitting shareholders and billionaires act as our new political bosses and cabinet secretaries, we can see what plutocracy looks like” — Jamie Raskin

Share the Jamie Raskin Money quote image above on your site: