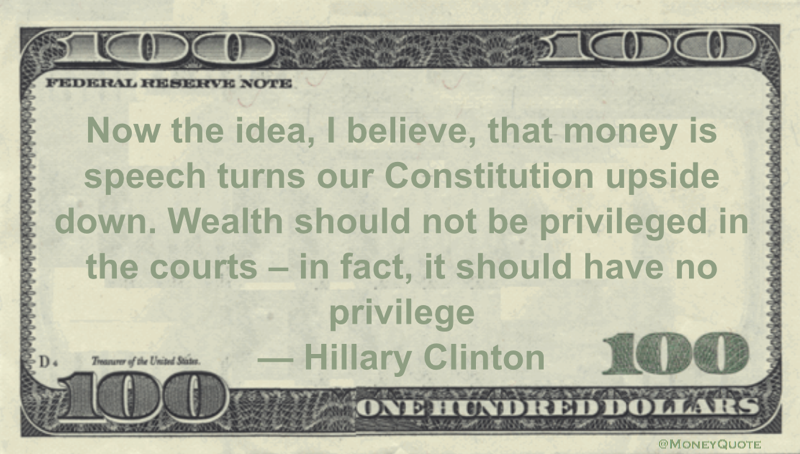 “Now the idea, I believe, that money is speech turns our Constitution upside down. Wealth should not be privileged in the courts – in fact, it should have no privilege” — Hillary Clinton