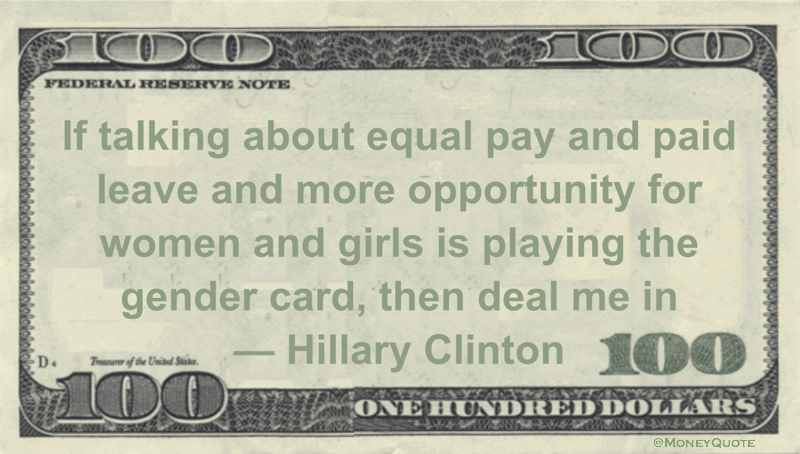 “If talking about equal pay and paid leave and more opportunity for women and girls is playing the gender card, then deal me in” — Hillary Clinton