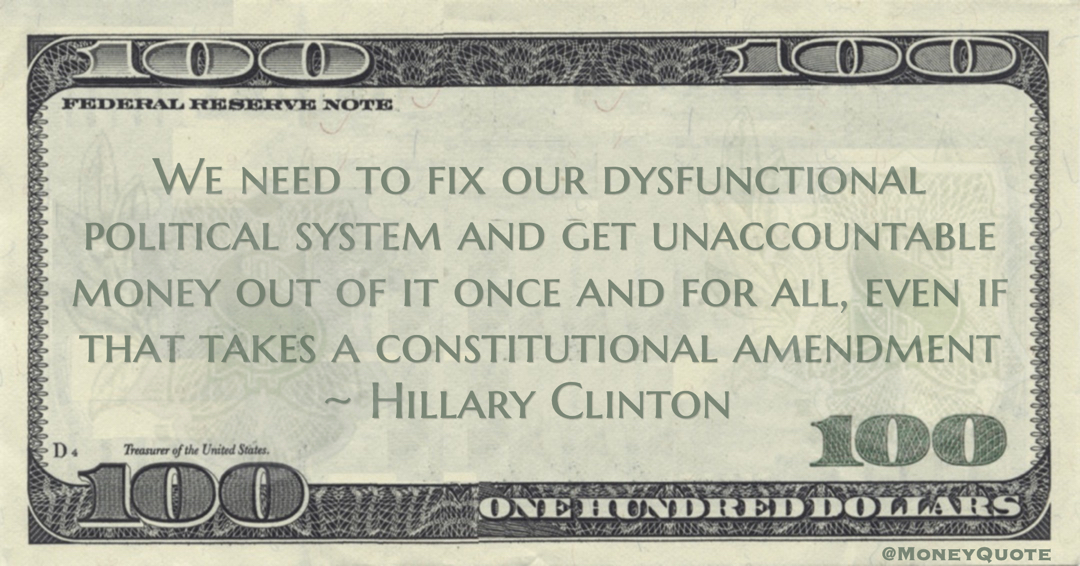 “We need to fix our dysfunctional political system and get unaccountable money out of it once and for all, even if that takes a constitutional amendment” — Hillary Clinton