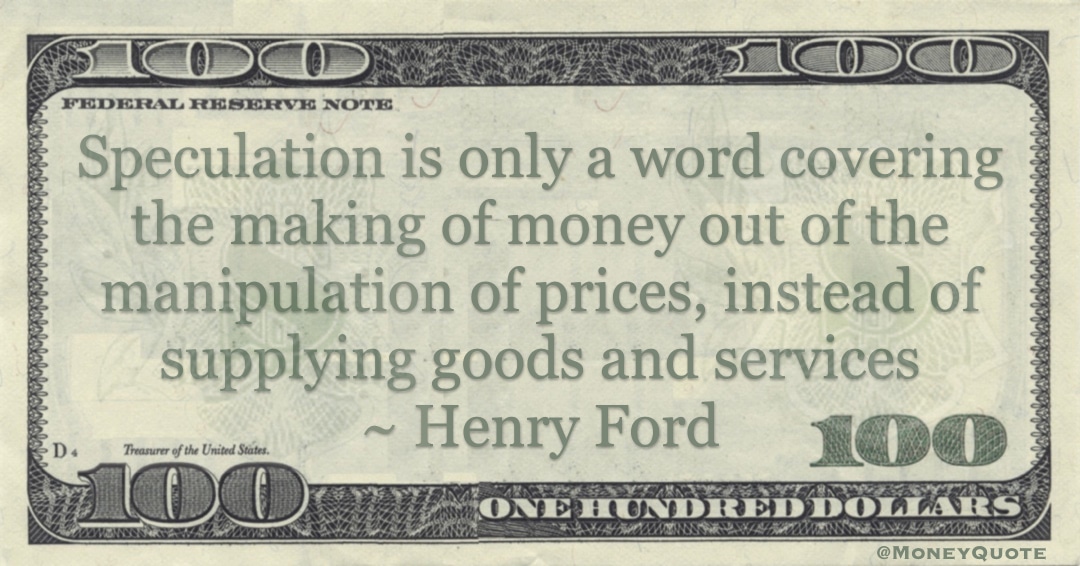 “Speculation is only a word covering the making of money out of the manipulation of prices, instead of supplying goods and services” — Henry Ford