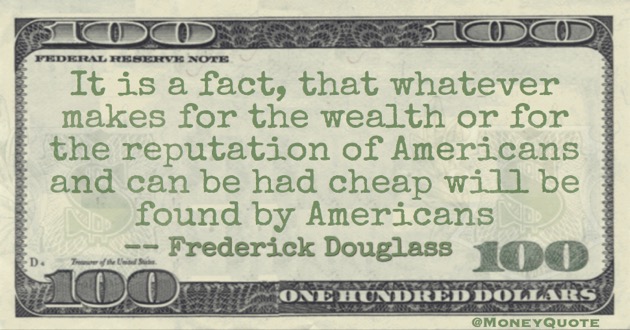 “It is a fact, that whatever makes for the wealth or for the reputation of Americans and can be had cheap will be found by Americans” — Frederick Douglass