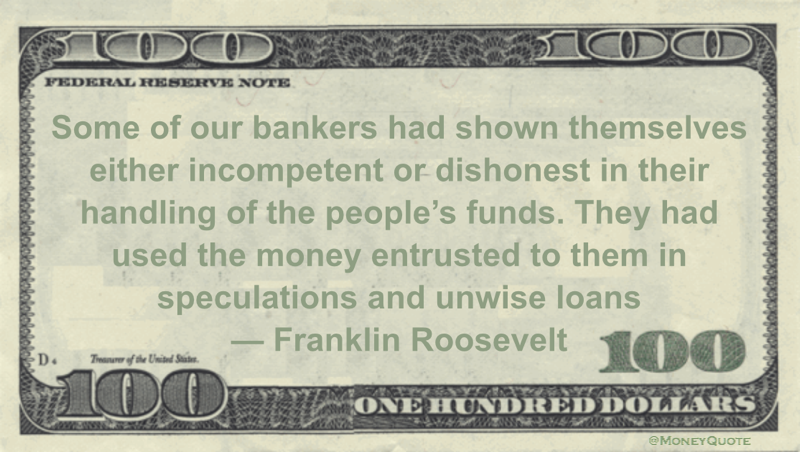 “Some of our bankers had shown themselves either incompetent or dishonest in their handling of the people’s funds. They had used the money entrusted to them in speculations and unwise loans” — Franklin Roosevelt