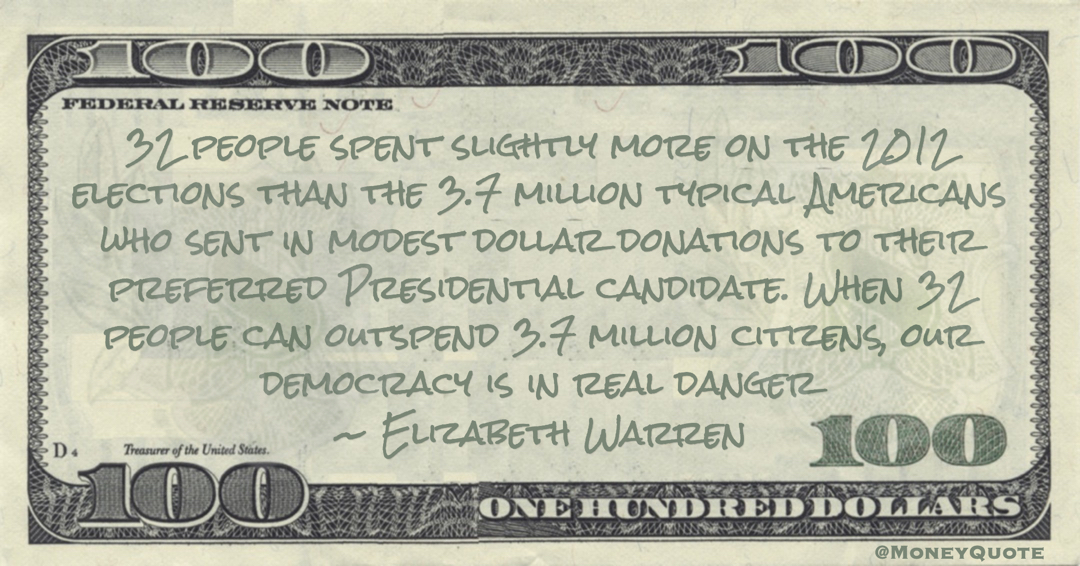 “32 people spent slightly more on the 2012 elections than the 3.7 million typical Americans who sent in modest dollar donations to their preferred Presidential candidate. When 32 people can outspend 3.7 million citizens, our democracy is in real danger” — Elizabeth Warren