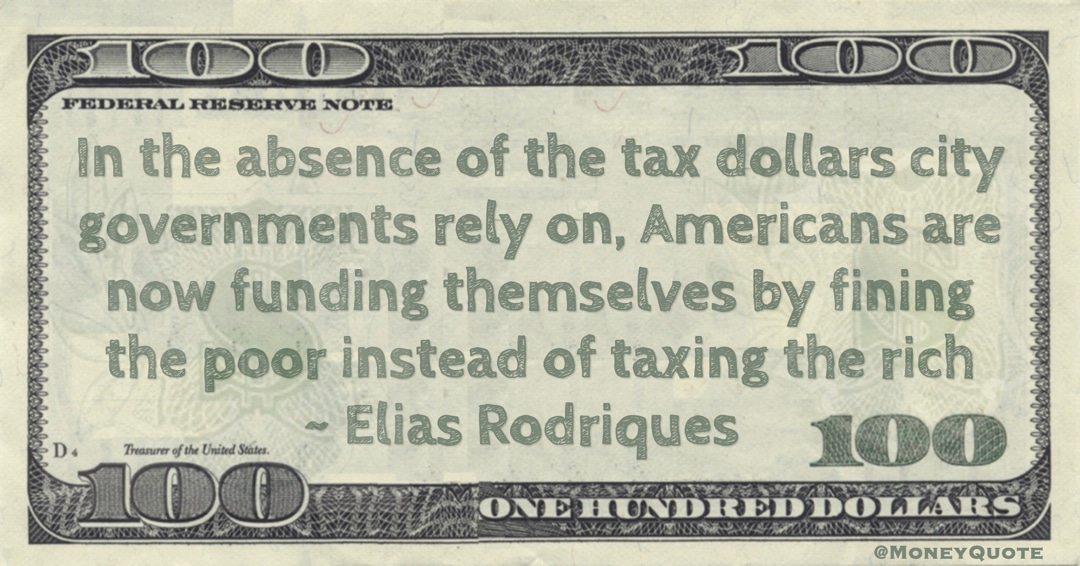 “In the absence of the tax dollars city governments rely on, Americans are now funding themselves by fining the poor instead of taxing the rich” — Elias Rodriquez

Share the Elias Rodriquez Money quote image above on your site: