Edward Ryan on Rule of Wealth

Edward Ryan Money Quotation saying (as Chief Justice of Wisconsin Supreme Court) that money is an alternate source of power that many are choosing by ignoring campaign finance. Edward Ryan said: 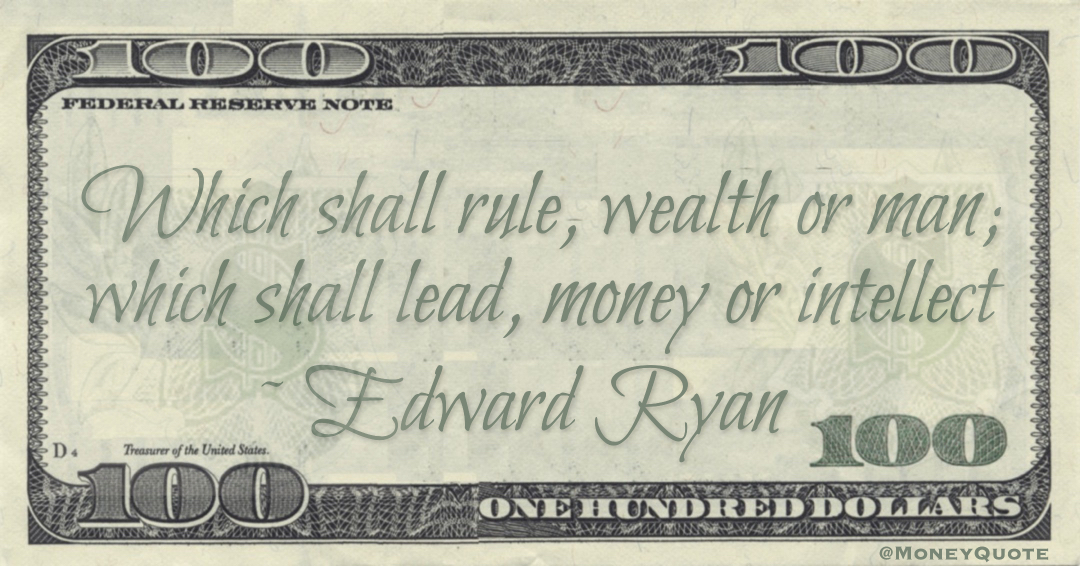 “Which shall rule, wealth or man; which shall lead, money or intellect” — Edward Ryan

Share the Edward Ryan Money quote image above on your site: