Donald Trump Money Quote saying in a 1999 interview that he proposes a tax on wealthy individuals with net worth over 10 million to pay off the national debt. Donald Trump said: 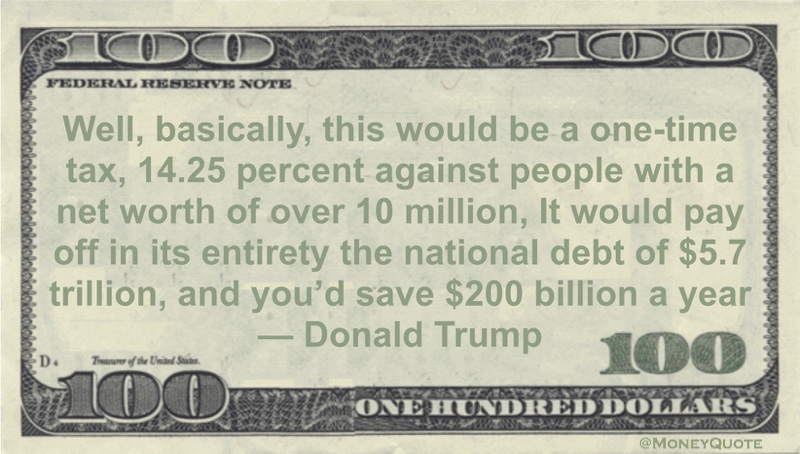 “Well, basically, this would be a one-time tax, 14.25 percent against people with a net worth of over 10 million, It would pay off in its entirety the national debt of $5.7 trillion, and you’d save $200 billion a year” — Donald Trump