Donald Trump: Stupid Not To Show Up

Donald Trump Money Quote saying it seems silly to not accept money for making a speech if someone wants to pay him for it, especially if they want to pay a lot more than anyone has ever paid before. Donald Trump said: 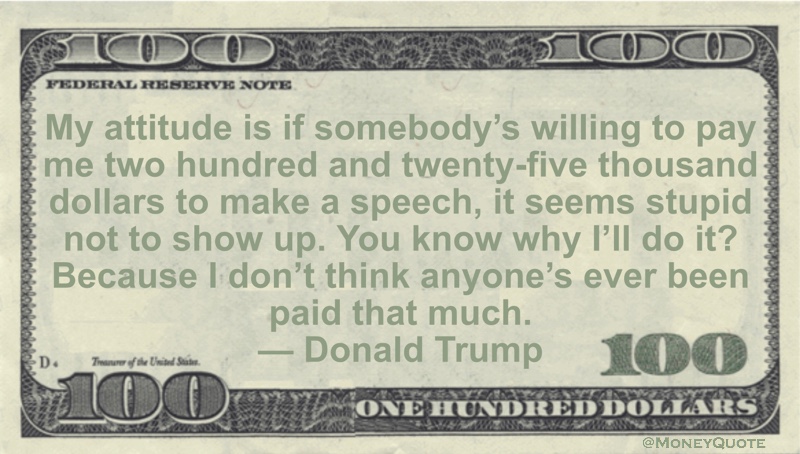 “My attitude is if somebody’s willing to pay me two hundred and twenty-five thousand dollars to make a speech, it seems stupid not to show up. You know why I’ll do it? Because I don’t think anyone’s ever been paid that much” — Donald Trump