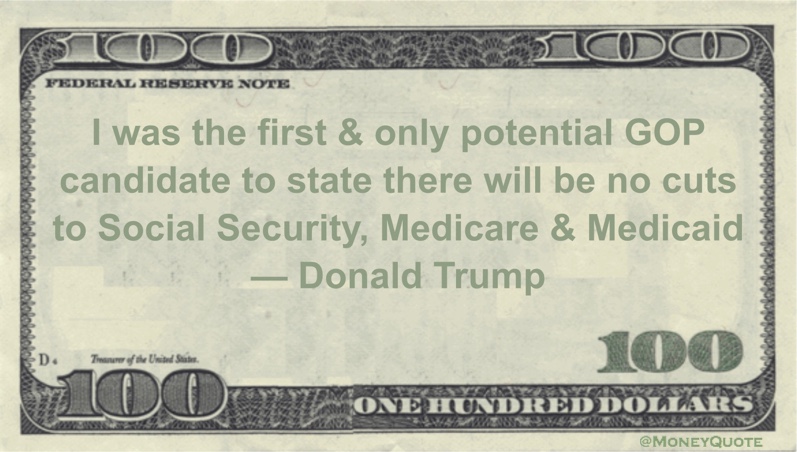 “I was the first & only potential GOP candidate to state there will be no cuts to Social Security, Medicare & Medicaid” — Donald Trump