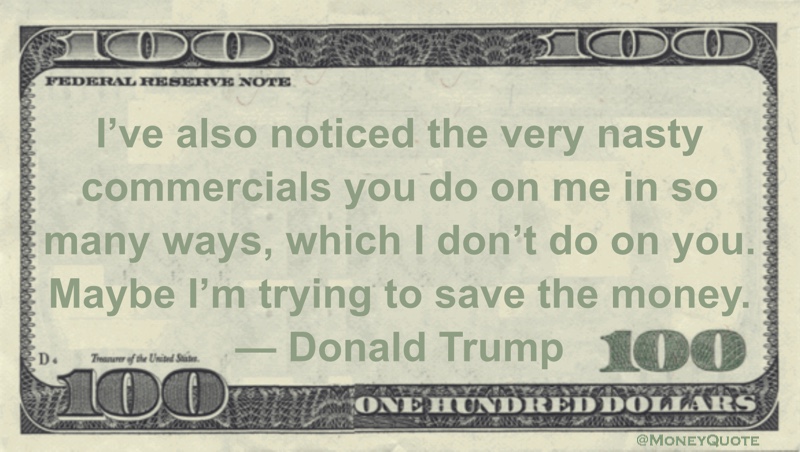 “I’ve also noticed the very nasty commercials you do on me in so many ways, which I don’t do on you. Maybe I’m trying to save the money” — Donald Trump