Donald Trump Money Quote saying Air Force One costs are too high and has threatened to use his own plane instead. Donald Trump said: 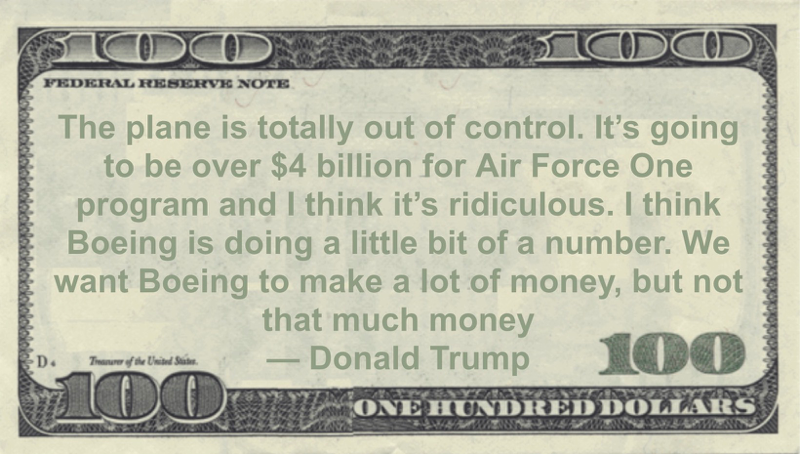 “The plane is totally out of control. It’s going to be over $4 billion for Air Force One program and I think it’s ridiculous. I think Boeing is doing a little bit of a number. We want Boeing to make a lot of money, but not that much money” — Donald Trump