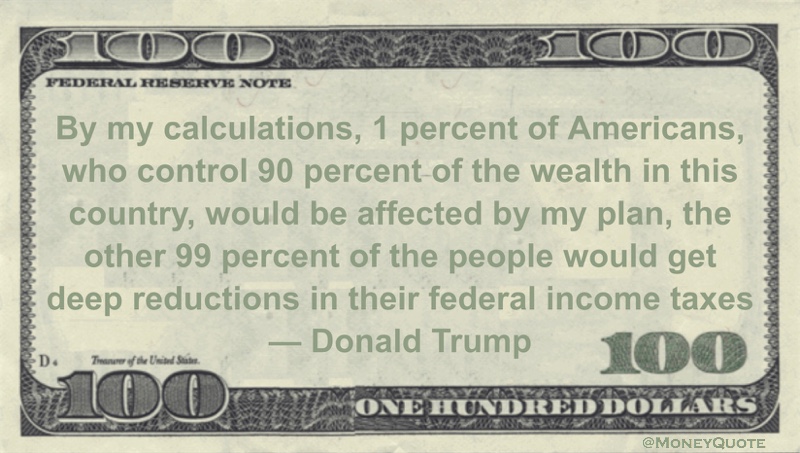 “By my calculations, 1 percent of Americans, who control 90 percent of the wealth in this country, would be affected by my plan, the other 99 percent of the people would get deep reductions in their federal income taxes” — Donald Trump