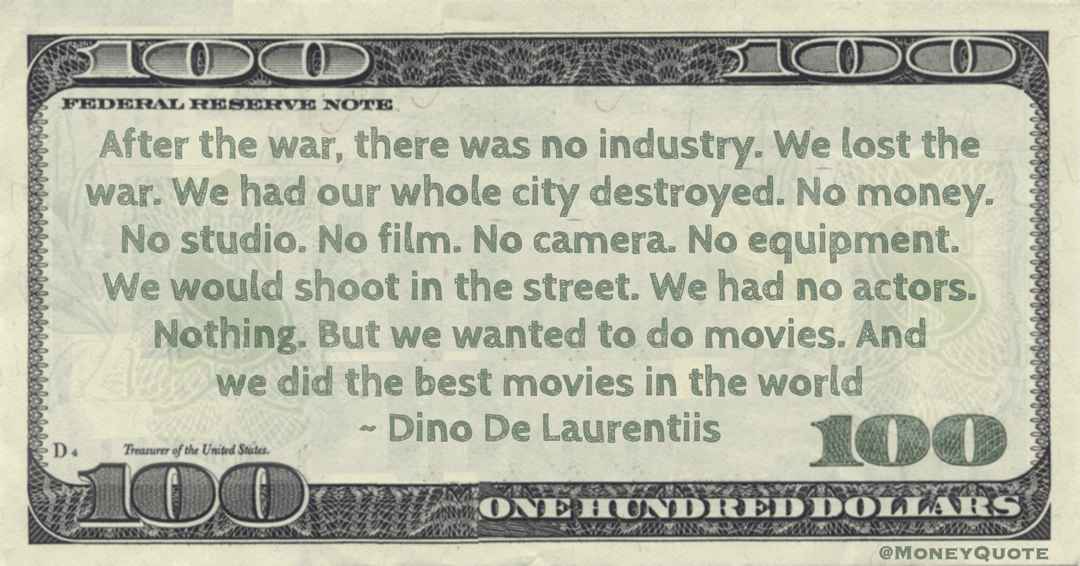 “After the war, there was no industry. We lost the war. We had our whole city destroyed. No money. No studio. No film. No camera. No equipment. We would shoot in the street. We had no actors. Nothing. And we did the best movies in the world” — Dino De Laurentiis

Share the Dino De Laurentiis Money quote image above on your site: