Bob Herbert Money Quotation saying saying both political parties look to the interests of the wealthy and corporations before the general public in his role as NY Times Columnist. Bob Herbert said: 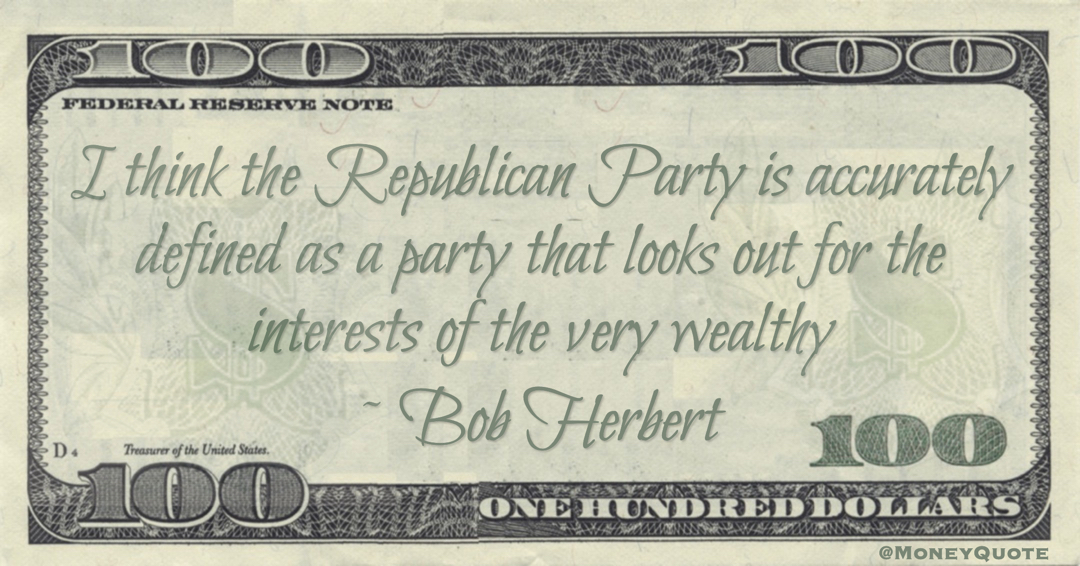 Share the Bob Herbert Money quote image above on your site: