BJ Leiderman: How Trump Got Elected

BJ Leiderman Money Quote saying that opposite types of people got exactly the wrong message during 2016 election, allowing Trump to be elected by poor, weak and stupid voters with help of party loyalists who wouldn’t abandon a dangerous choice. BJ Leiderman said: 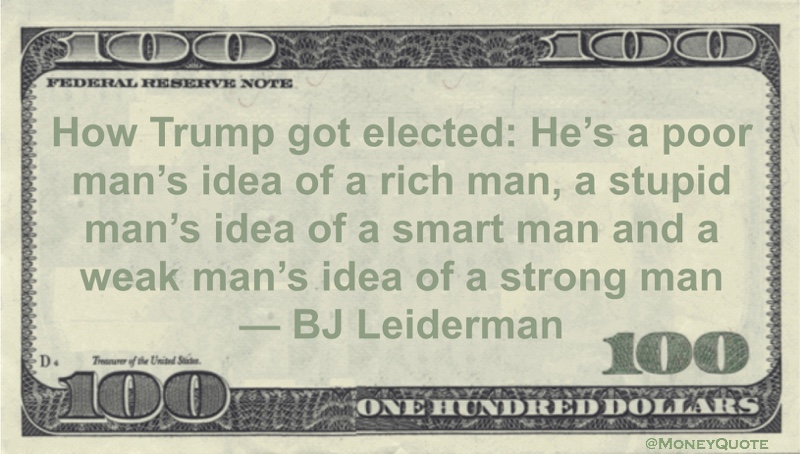 Share the BJ Leiderman Money quote image above on your site: