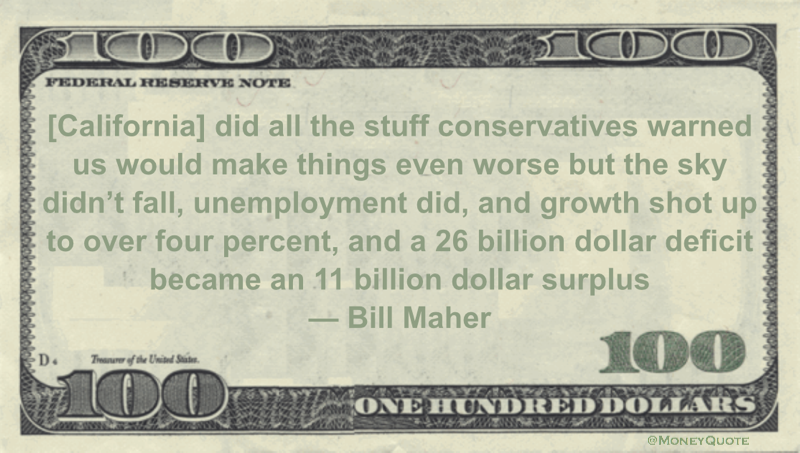 “[California] did all the stuff conservatives warned us would make things even worse but the sky didn’t fall, unemployment did, and growth shot up to over four percent, and a 26 billion dollar deficit became an 11 billion dollar surplus” — Bill Maher