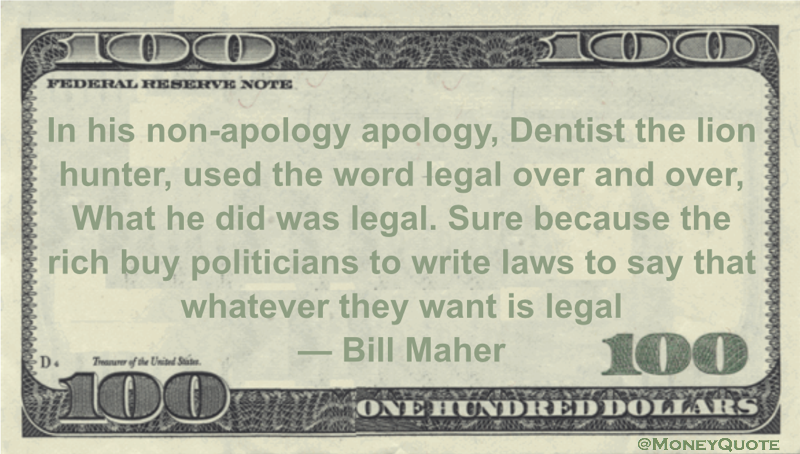 “In his non-apology apology, Dentist the lion hunter, used the word legal over and over, What he did was legal. Sure because the rich buy politicians to write laws to say that whatever they want is legal” — Bill Maher