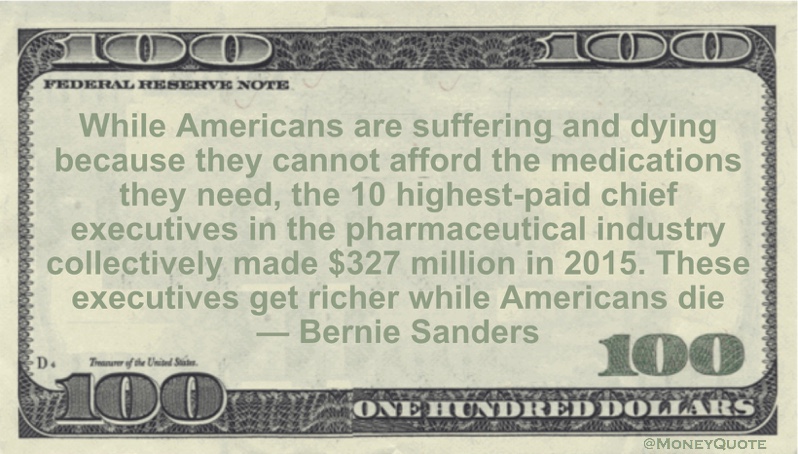 “While Americans are suffering and dying because they cannot afford the medications they need, the 10 highest-paid chief executives in the pharmaceutical industry collectively made $327 million in 2015. These executives get richer while Americans die”– Bernie Sanders