Benjamin Disraeli Money Quote saying the differences between wealthy and impoverished are as great as those between distant countries and don’t share even a language. Benjamin Disraeli said: 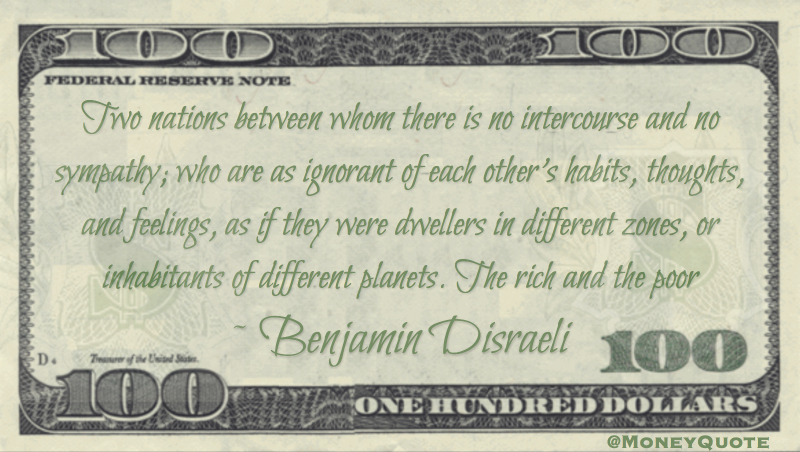 “Two nations between whom there is no intercourse and no sympathy; who are as ignorant of each other’s habits, thoughts, and feelings, as if they were dwellers in different zones, or inhabitants of different planets. The rich and the poor” — Benjamin Disraeli

Share the Benjamin Disraeli Money quote image above on your site: