Barack Obama Money Quotation saying in the 2013 State of the Union Speech that power belongs to the vote, not to large campaign contributors. Barack Obama said: 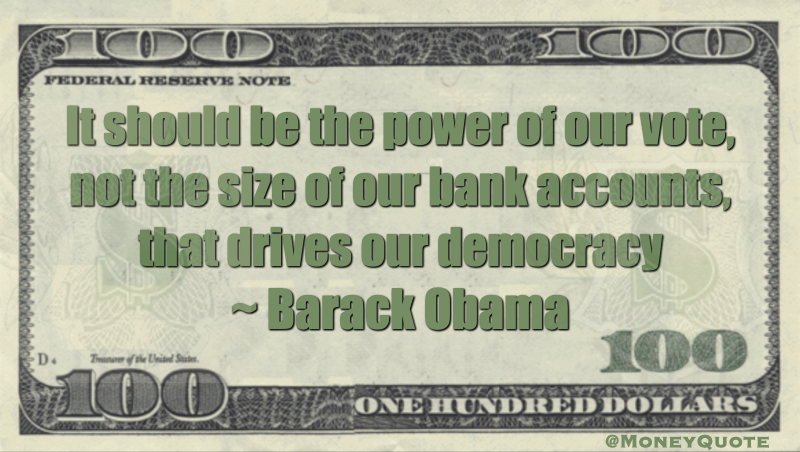 “It should be the power of our vote, not the size of our bank accounts, that drives our democracy” — Barack Obama