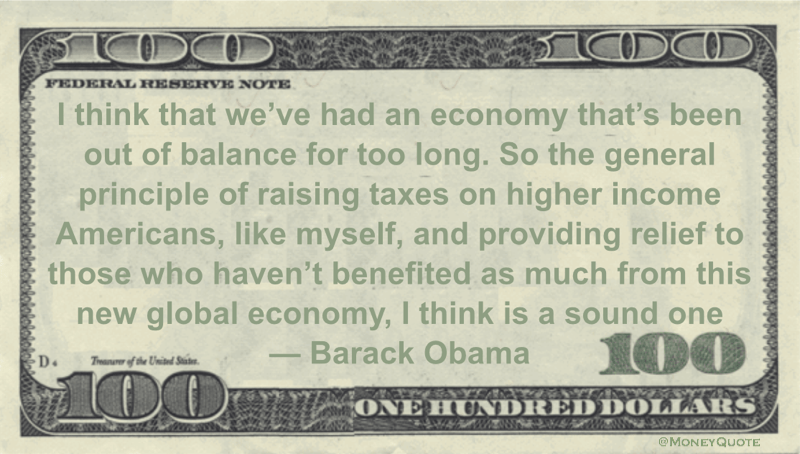 “I think that we’ve had an economy that’s been out of balance for too long. So the general principle of raising taxes on higher income Americans, like myself, and providing relief to those who haven’t benefited as much from this new global economy, I think is a sound one” — Barack Obama