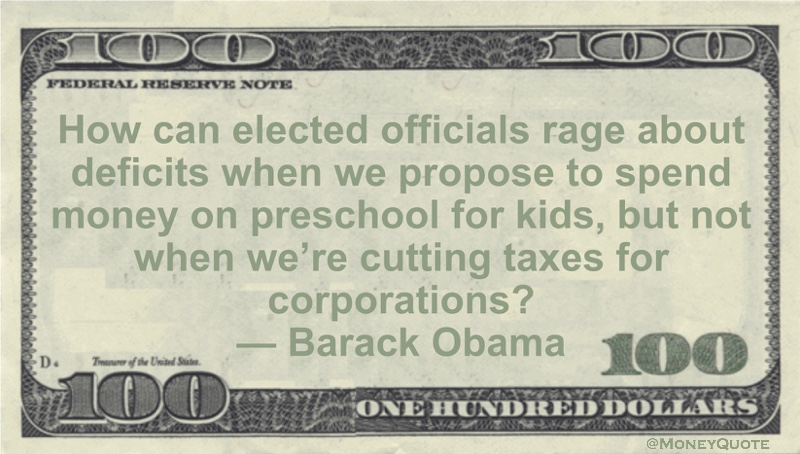 “How can elected officials rage about deficits when we propose to spend money on preschool for kids, but not when we’re cutting taxes for corporations?” — Barack Obama