Barack Obama Money Quotation saying the wealthy will make our economic decisions about war for us if we stop engaging in politics. Barack Obama said: 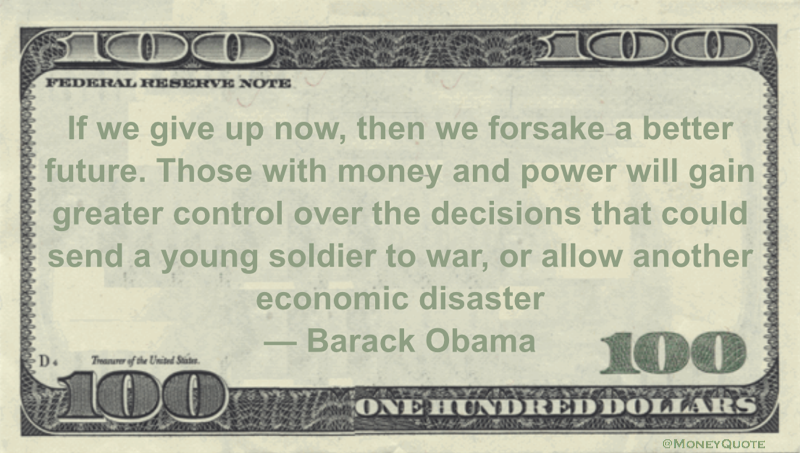 “If we give up now, then we forsake a better future. Those with money and power will gain greater control over the decisions that could send a young soldier to war, or allow another economic disaster” — Barack Obama