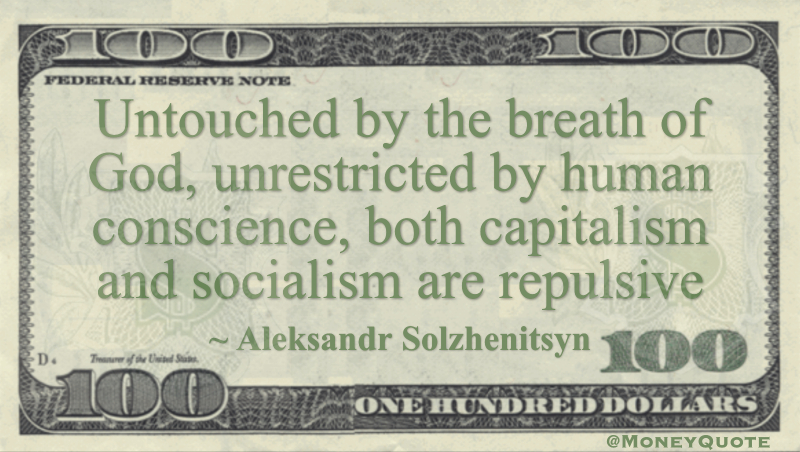 “Untouched by the breath of God, unrestricted by human conscience, both capitalism and socialism are repulsive” — Aleksandr Solzhenitsyn

Share the Aleksandr Solzhenitsyn Money quote image above on your site: